I wish I wasn’t writing this. I’d always thought about documenting in full my experiences with miscarriage. Certainly after the first, I was aching to talk about it to anyone willing to listen. I was grateful for any ear I had an invitation to pour my pain into, any shoulder I could soak with my tears.

I’ve had 5 losses now. Five. I repeat this to myself every day in disbelief, still too raw to accept it as my truth.

I married my amazing husband on May 15, 2015. In the year leading up to our wedding, I joked a lot about jumping into having kids right away. The truth is, we lived in a teeny tiny one bedroom apartment, on the top floor of a four story walkup in Brooklyn, NY. Our landlord neighbor was a chainsmoker and we shared a wall with his smoking lounge. Not the most ideal scenario to bring a newborn into, but besides all of that, we had plans to move across the country to California. 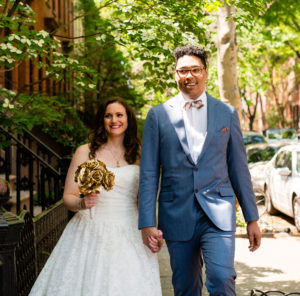 In the meantime, I was completing all the essential reading on Taking Charge of My Fertility and doing all the homework. I could tell you everything about my fertile window, my cycle length, my luteal phase. I was an A+ student in How to Get Pregnant 101. And after trying for about 3 cycles, I did. I got my first positive pregnancy test on January 31, 2016. The first and only experience of its kind. Pure joy, excitement, innocence.

Four weeks later it was over and nothing would ever be the same. Miscarriage steals your joy from all future positive pregnancy tests. There is no excitement. There is a sigh, an “okay… maybe this is the one.” Have you seen those ClearBlue commercials with all the “home videos” of people jumping for joy, bringing out their pee stick to show a room full of relatives, making baby plans after being pregnant for all of 5 minutes? I hate those commercials with every fiber of my being. Like I said, miscarriage steals your ability to experience joy not just for yourself, but often times for others, especially fictional people on television.

We were told the first loss was probably a fluke, or a chromosomal problem. A lot of women miscarry their first pregnancies, don’t worry, I’m sure the next one will work out.

I was hopeful when I got pregnant the second time 4 months later. It was the day after we arrived in Los Angeles. The day before my husband’s birthday. After the first loss, we decided to fast track our plans to move. I had to get out of New York. I was tired of it before, and now it just reminded me of pain. A new start in a new city would bring us the future we ached for. I had to believe that.

It was too perfect, getting a positive test the day we settled into our new life. It had to work out. I was getting everything I wanted, life was beginning again. And 3 days later, I got my period. What is known as a chemical pregnancy, a cruel loss often not recognized by doctors because if the pregnancy isn’t confirmed by them, how do they know it was real? Fair point, except that women do know. It was real.

I was in pain. I found a doctor in L.A. and she offered to do some testing. And then, I got pregnant the very next cycle. Well, we were certainly fertile. The third miscarriage caused me the most stress and anxiety, and I cringe when I think about how it was handled. A first ultrasound that wasn’t promising, and worst of all, an OB with horrendous bedside manner. That loss dragged on for weeks, and I was only able to get some relief, finally, because I begged a new doctor through angry defeated tears to give me the damn prescription and let me go home and get on with it.

We decided to take a few months off of trying. When we finally ended up in the hands of our amazing Reproductive Endocrinologist, we were refreshed and ready to fight. And something amazing happened. We got a diagnosis, a likely cause for most, if not all, of our losses. I had a uterine septum, something a simple surgery would fix. I told everyone I knew about my diagnosis. I heard so many stories, “My cousin had that, and now she has 2 kids!” and “I have a friend who had that, she’s 8 months pregnant now!” 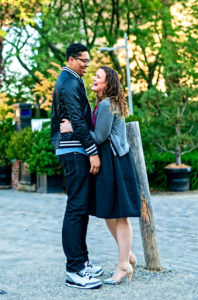 Hope was renewed. Surgery was scheduled for Valentine’s Day 2017. The most romantic date I could have ever imagined.

We skipped the holidays that year. I decided that Christmas was canceled after we were walking around Target one night looking for a miniature tree, and I felt myself fall apart in the middle of the Christmas decor displays. Life felt empty knowing we should have a 2 month old to celebrate Christmas with. Hope was renewed, but my pain was fresh as ever.

We went to Las Vegas, the one place I knew I would be safe from babies. And I was right. We took advantage of what we hoped would be one of our last Christmases as just the 2 of us. Our last morning in Vegas, I woke up at 5am and puked. My husband joked, “uh oh, what if you’re pregnant?” I snapped that it wasn’t possible, I didn’t take my supplements, I didn’t go to acupuncture or stand on my head after sex; all the things I did to get pregnant before. On January 1, 2017, I took a test just to give me peace of mind. My period seemed late, but I was doing a sloppy job of tracking my cycles. I needed, for once, to see a negative test. Two pink lines showed up, and I screamed and cried.

Pregnancy number four wasn’t planned. There is a sentence I never thought I’d be able to say. I was devastated by it and immediately thought that I needed to terminate because I knew what was inevitable, and I didn’t want to postpone surgery. As the story goes, we managed to scrape up some residual hope, went on to see baby had a heartbeat at 6 weeks, and a silent, somber second ultrasound a week later.

Surgery was postponed until May. And on May 11, 2017, I got my septum removed and we celebrated our future. The worst was finally behind us.

And here I am today, in the middle of the worst. It is very much present. I’ll never know why this one didn’t make it. We hit many more milestones. We passed the chromosome analysis. And still. I’ve been through it four times before this but nothing compares to this loss. How much fight do we have left in us?

I have a lot more to share about each individual experience. I have a lot to say about grief and miscarriage. I hope you’ll stick around to hear my stories.